The Government’s Energy White Paper was issued on the 15th of December 2020, outlining its plans to decarbonise the nation’s energy network.

The 166-page paper builds on the Ten Point Plan for a Green Industrial Revolution & the National Infrastructure Strategy (NIS), ensuring the UK can meet its target of becoming net-zero by 2050. It discusses in-depth, the planned changes to the energy mix, green buildings, efficient heating and the use of clean energy sources over the next few decades.

We have summarised the report into five key areas to help breakdown the document and to provide a clear overview of the government’s sustainability plans.

Nuclear power is set to play a significant role in the nation’s net-zero transition, although the sector continues to be met with controversy.
A £385m Advanced Nuclear Fund has also been launched to help support development for small-scale modular reactors and advanced nuclear technology. Meanwhile, negotiations are underway between the government and EDF to discuss funding options for the Sizewell C nuclear project in Suffolk. 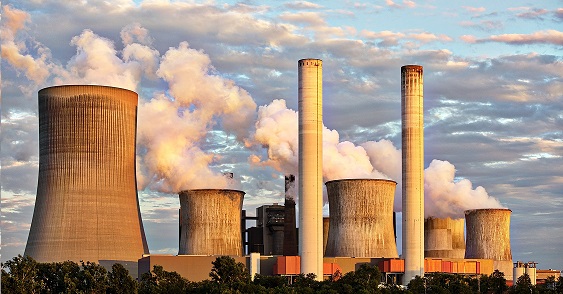 The paper also discusses the possibility of additional finance, in the form of the Regulated Asset Base which aims to encourage private investment and reduce costs for the consumer.

It was confirmed in the last Government Budget Announcement that Carbon price support will continue at £18 per tonne during the ‘Brexit transition period’ up to 2022. A new carbon price will be set after 2022 which could potentially be linked to the EU Emissions Trading Scheme, although this is yet to be confirmed.

The ETS caps the amount of emissions that can be produced by energy intensive industries, which is reduced gradually over the years as businesses cut the amount of greenhouse gases they emit. Financial penalties are imposed if businesses exceed this allowance.

Currently, EII businesses in the UK can purchase carbon allowances to cover excess emissions which are purchased in an auction or traded. Around 1/3 of UK emissions are eligible for the EU ETS which will move to the UK’s new scheme after 2022.

The new scheme is detailed in the Energy White Paper and the government is open to creating a direct link to international schemes - the UK ETS is set to be introduced on the 1st of January 2021, ready for the end of the current model.

The new proposals aim to deliver consistency for operators which use the current EU system, as well as reducing the current emissions cap by 5% for Carbon intensive industries.

As well as additional support for nuclear, there are also plans to bring hydrogen generation in line with the rest of the energy mix and contribute to the UK’s net-zero energy future.

A new £240m net-zero hydrogen fund has been created which will be used to add 5GW of hydrogen production to the UK network.
It is estimated that around 500TWh of hydrogen power could be fed into the grid every year by 2050 if the necessary steps are taken, the equivalent of 50% of national demand.

Diversifying the energy mix and adding more clean energy sources is vital to meeting the nation’s net-zero targets, as well as ensuring more supply security over the coming decades.

A Focus on Carbon Capture

In the Ten Point Plan released in November 2020, the Prime Minister announced that £1bn would be invested in carbon capture & storage technology which will be deployed at four industrial clusters by 2030 – these clusters will be located across the UK. Each cluster will be created in the 2030s, with at least one of them expected to be net-zero by 2040.

The world’s first zero-carbon industrial hub is set to be built in the Humber region by 2040, in a partnership between Drax, the National Grid and Equinox. Teesside’s Net Zero cluster will focus on Carbon capture, storage and utilisation, while a cluster in the North West will employ hydrogen-based technologies.

Support to help industries move away from fossil fuels

Many sectors are still heavily reliant on fossil fuels and the White Paper discloses how these industries will receive government support. Read the paper in full here.

The North Sea’s Gas & Oil sector has seen a significant decline in production, with closures at a number of facilities a contributing factor. Government support has been promised but the details have not yet been disclosed. However, investment in clean technology to make the sector more sustainable is expected, specifically carbon capture and generation from hydrogen.

Read more about changes to the UK Energy Industry in 2021 and beyond here. You can also keep up to date with the latest news by following Apollo Energy on Twitter.